Really excited to start shooting “Rae” for Atomic Vacation.
Something I have been obsessed with came again to me in postproduction of her melodramatic selfie farewell video to my little robot AI in space. I realized that I want to see how much “erasure” is possible to still transmit emotional content. Think emoticons.. Really wish I knew more about Noh. This from Wikipedia–“Emotions are primarily conveyed by stylized conventional gestures while the iconic masks represent the roles such as ghosts, women, children, and old people.” I am interested in thinking about facial recognition –not in terms of surveillance but in terms of an economy of means
for visual language in VR. Cyborg bodies have processing times that will require that we develop a gestural language in the broadest sense. Here are some stills from the video which was shot as a selfie farewell to Shizuku by the actress Tomi Heady, herself. In the last photo, the kanji symbol for Shizuku becomes a substitute body for her. Did not even realize that would happen when I wrote it in the script….Even though the mask covers an actor’s facial expressions, the use of the mask in Noh is not an abandonment of facial expressions altogether. Rather, its intent is to stylize and codify the facial expressions through the use of the mask and to stimulate the imagination of the audience. By using masks, actors are able to convey emotions in a more controlled manner through movements and body language. Some masks utilize lighting effect to convey different emotions through slight tilting of the head. Facing slightly upward, or “brightening” the mask, will let the mask to capture more light, revealing more features that appear laughing or smiling. Facing downward, or “clouding” it, will cause the mask to appear sad or mad.
I think in the future, hard data will be the work of finite computing machines, is it too idealistic to think the work of cyborg humans will be poetry? 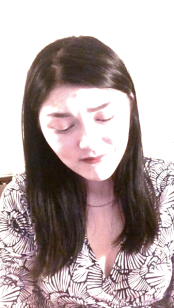 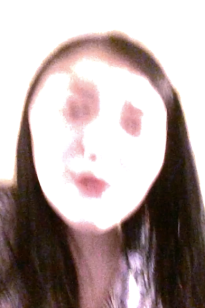